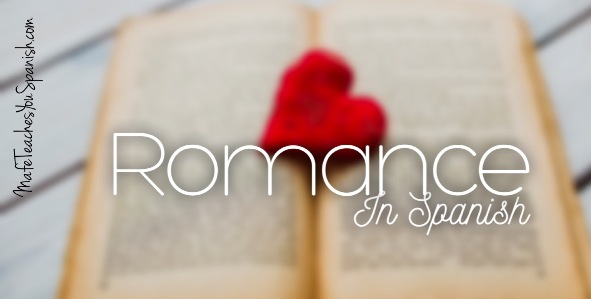 Spanish is a much more romantic language than English. You can say many more sweet things in Spanish and express more feelings, than in English.

For example, in Spanish we have different “levels of love”:

When you like someone, you would tell them: Me gustas

Now, you need to be careful using the verb gustar when you are talking about people.

Usually in English when you think someone is cool, you would use “I like them”. For example, your neighbor called Juana is cool, you like her as your friend; you would say: “I like Juana, she’s fun” (in a friendly way). This wouldn’t mean that you are attracted to Juana, only that you think she is cool. You would say the same about other people that you find cool: the school bus driver, the teacher, the baker, your friends etc.

Problem is, if you are attracted to Juana, you would probably also say “I like Juana” (in a romantic way).

If you attempt to say these in Spanish be careful not to use the verb gustar in both occasions.

If you are attracted to someone, then yes, use -gustar:

If you just think that someone is cool use instead –caer bien:

If you like someone because of their perfomance, or they way they do things, then use gustar for that

When we start having feelings for a person, but we are not quite ready for the “I love you” stage, we say: “Te quiero”, or “Te quiero mucho”

Now, “te quiero” can be tricky to understand, because you would think of it as “I want you” But it is not quite like that. It is more like, I have feelings for you, it’s a small “I love you” but not as strong.

Between friends that are very close and care about each other a lot, we would also use “Te quiero”

I love you. The “Te amo” moment is very important in relationships; it is a whole new stage. It indicates a very strong feeling and shouldn’t be used vaguely.

NOTE: When you want to say that you love something, like chocolate: I love chocolate! -use the verb encantar:

When you have a amiga/o con derechos (friend with benefits), one way to call it is: amigovio or amigovia (although it is a bit cheesy)

When you’re dating someone and make it official, it means that: Ustedes son novios (You guys are boyfriend and girlfriend)
Ser novios means to be a couple

Cuando te casas (When you get married), we say that we are married WITH someone, not TO someone:

PHRASES TO USE WITH YOUR SIGNIFICANT OTHER

Te pienso mucho (I think about you a lot)
Te extraño (I miss you)
Me haces falta (I miss you)
They both mean the same and are equally used.
Eres muy especial (You are very special)
Eres lo mejor que me ha pasado (You are the best thing that ever happened to me)
Soy muy feliz contigo (I am very happy with you)
Estoy loca/o por ti (I’m crazy about you)
Estoy enamorada/o de ti (I am in love with you)

This site uses Akismet to reduce spam. Learn how your comment data is processed.

We use cookies to ensure that we give you the best experience on our website. If you continue to use this site we will assume that you are happy with it.Ok